Lee Corden and Jason Nye joined forces in 2015 to form Twentytwo Digital, a creative design and web studio in Coventry. The two men were like many people who find themselves as business owners – talented and experienced in delivering their specialism of graphic design but with little expertise in how to operate and grow a business.

Background
“We were actively looking for a business coach to guide us in growing the business. We’d spoken to a couple, but the connection hadn’t felt right for us to commit. Coaching isn’t the cheapest thing in the world and we had already agreed we both had to feel comfortable with the right coach before we would invest. We knew we would need to be very honest with our coach and ourselves during the coaching process, so we held out for the connection we were looking for,” explained Lee.

“We met Kevin Riley at a BNI networking event where we initially talked about helping him with social media for his business, ActionCOACH Warwick. Our personalities clicked, so we decided to speak to him about coaching us. During our initial meeting, Kevin drew on his personal experience in business – the good, bad and the ugly – and it was clear he brought more to the table than any coach we’d met before. To be genuine enough to own up to his business mistakes in the past, he didn’t make us feel inferior. What he did do was show he was equipped to support us to reach the big goals we were tentatively dreaming of.”

The connection was right for Lee and Jason and from July 2019 they invested in weekly one-to-one coaching with Kevin in July 2019. They attended seminars he delivered, took part in 90-day planning workshops and enjoyed the monthly book club.

Initial improvements
“First we set the foundations in place together. We were bringing in £15,000 a month with both Jason and me working in the business plus three staff.”

“Kevin got us to look at where we wanted to be in five years’ time and then we worked back from there, considering what we needed to put in place to reach those goals. Our grand plan is to open a second office in the US having grown our UK office to 20 staff and £2million turnover, growing that to an equal size.”

“In our first few months of coaching with Kevin, we put solid processes in behind the day-to-day delivery and operations for the business so we could grow without any setbacks. Whether it was project management, how to create a business card, recruiting staff or our sales process, everything had a clear process in place. These meant that any new member of staff could refer to the processes and perform as well as someone who had been in the team for several years.”

“We were open with our team, they knew why we were investing in our coaching sessions with Kevin and adapted well to the changes. I think they liked our ambitious nature and understood they would benefit too.”

“We then began to spend time on the organisation’s structure and our roles within it. We considered what staff we’d need to deliver on our goals for growth. What did we need to put in place, who should we recruit and who could be developed so we were comfortable to take on more clients? While Jason focused on the operational side of the business during our coaching sessions, I concentrated on sales. Having delegated some of my daily tasks to the right people, I was able to join more networking events.”

The results so far
“By January 2020, after 6 months of coaching, our turnover had increased by over 100%. Even with the challenges of the COVID-19 pandemic, we were able to keep on all our staff, generating more income than the same time in the previous year. Thanks to our coaching with Kevin, we offered solutions for business needing to pivot quickly, including delivering ecommerce websites in 24 hours.”

“Kevin’s coaching has been incredibly valuable, opening our eyes to a world of things we hadn’t previously considered. This pair of graphic designers have taken this support mechanism, feeding off Kevin’s expertise and knowledge to become business owners in our own right. Not only have we seen the benefits in our business, we’ve also been motivated to make improvements in our personal lives too.”

The coach perspective
Kevin says, “At the beginning, I asked Lee and Jason for three things they wanted from our coaching experience. They wanted me to challenge them, to grow the business and provide something exceptional for their clients. They have risen to every challenge I have put before them. They focused on getting their delivery right before beginning their journey to growth. Their appetite to provide something exceptional meant they were willing to learn, creating a true partnership to reach their potential.”

Jason and Lee during a coaching session with Kevin 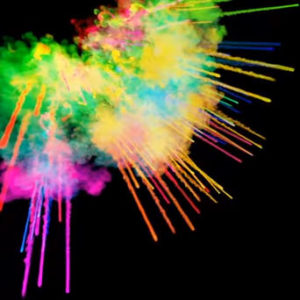 Achieving success in the manufacturing industry during and after the COVID-19 lockdown. 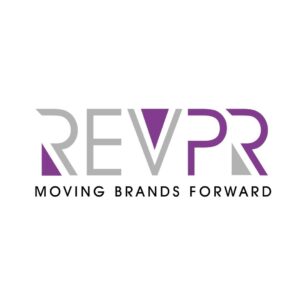